This is a complete list of all active service alerts, regarding detours, delays and cancellations. Use the filters to the right, to search for any alerts affecting your city or route you travel upon.
Friday, December 3, 2021 @ 12:00am

Effective Friday, December 3, 2021, the Transportation Security Administration (TSA), the federal mandate that requires passengers to wear a face mask on all modes of transit and in transit centers through March 18, 2022.

Persons must wear properly fitted masks over their mouth and nose. Face shields and goggles may be worn to supplement a mask, but a mask is required. Scarves, ski mask, balaclavas, bandanas, shirt, or sweater collars pulled over the mouth, masks made of loosely woven fabric, masks containing slits, exhalation valves, or masks that do not fit properly are no longer permitted as substitutes. Passengers who do not comply with this order will be denied entry to HRT facilities and the use of HRT modes of transit.

Passengers claiming exemption from the mask requirement because of a qualifying medical condition are required to present, upon request, an HRT Medical Exemption Card.

If approved, you will be contacted by HRT’s Customer Relations Division for an appointment to pick up your official Medical Exemption Card from one of the four transit centers within 10 business days (M-F).

When boarding or upon request, you must show your Medical Exemption Card to the HRT representative along with a photo ID with the same name displayed on the card.

On Christmas Eve, Friday, December 24, 2021, all services (bus, light rail, ferry and paratransit) will operate on regular schedule. Transit center information booths and administrative facilities will be CLOSED. The Customer Service call center will be available from 9:00 AM to 4:00 PM.

On Christmas, Saturday, December 25, 2021, bus, light rail, and paratransit will operate on a Sunday schedule, except for the MAX Route 960 and the ferry which will not operate. Administrative facilities, transit center information booths and the Customer Service Call Center will be CLOSED.

Due to special circumstances, starting Tuesday, November 30, 2021, the Silverleaf Transit Center will be closed until further notice. Route information and schedules will be available via gohrt.com.

Due to construction on Afton Parkway in Cradock Square, the Route 41 will detour until further notice. Stops 9421 AFTON & FARRAGUT and 3109 AFTON & PROSPECT cannot be serviced. Customers must go to stop 1559 AFTON & BURTIS in order to board/alight this route.

The Route 23 will detour due to construction at the intersection of Monticello & Princess Anne until further notice. Temporary stops will be placed at Monticello & 14th St. for both directions. 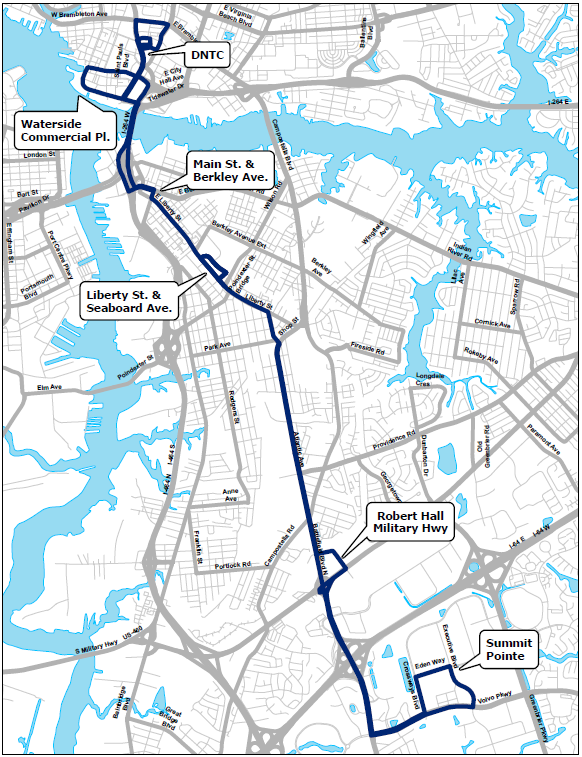 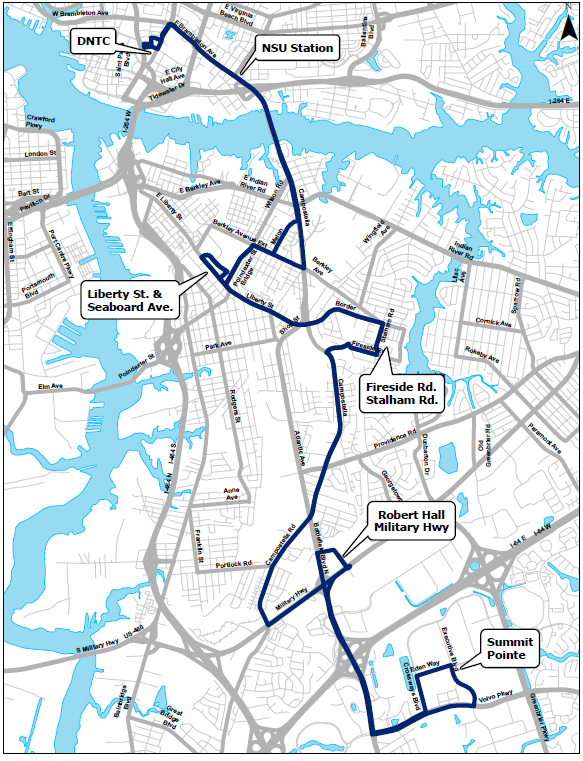 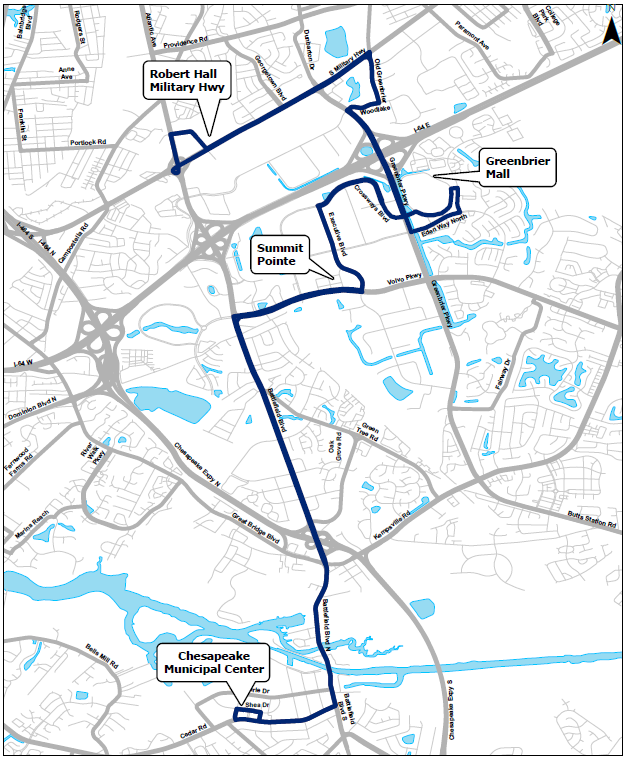 All trips to Chesapeake will serve Robert Hall only. Route 15 will no longer serve Greenbrier Mall. 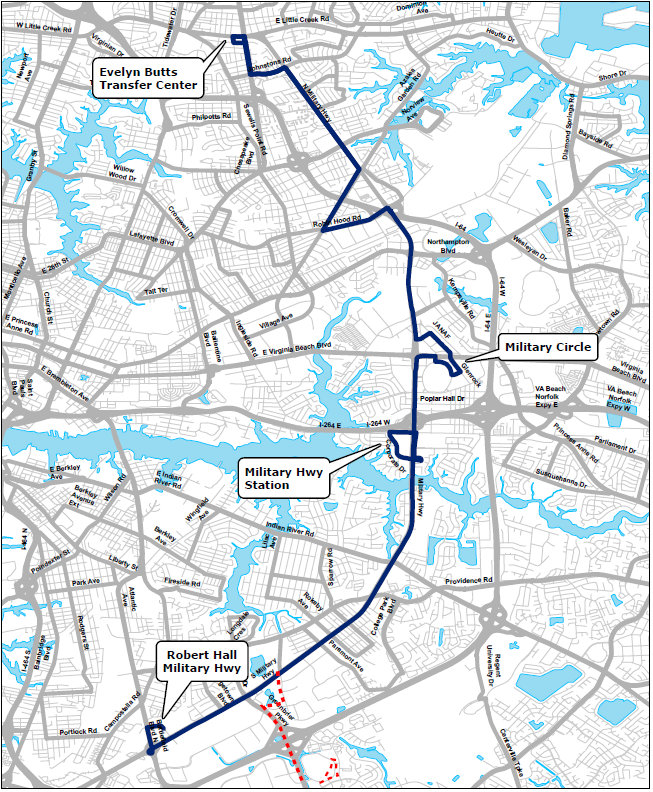 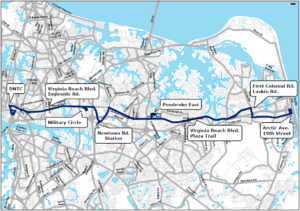 (Update 11/12/21) This change has been temporarily placed on hold until further notice. The Route 21 will continue providing service to the Naval Exchange Mall via Hampton Blvd. 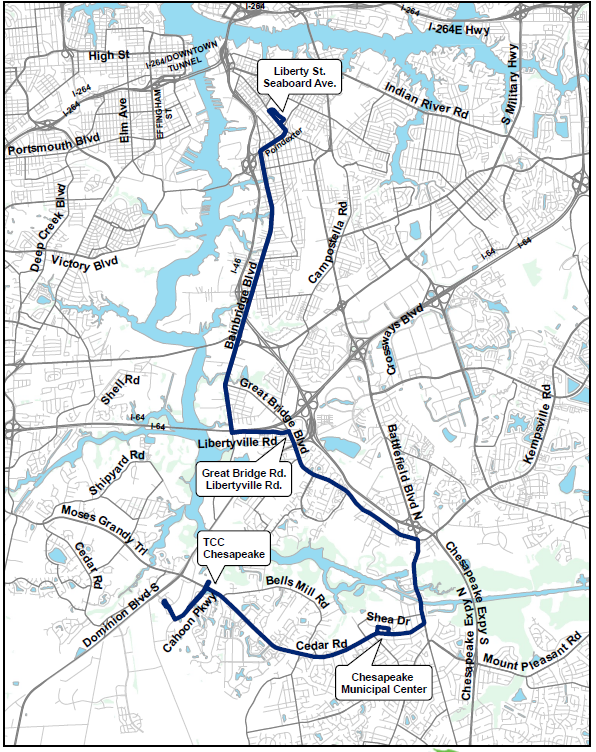 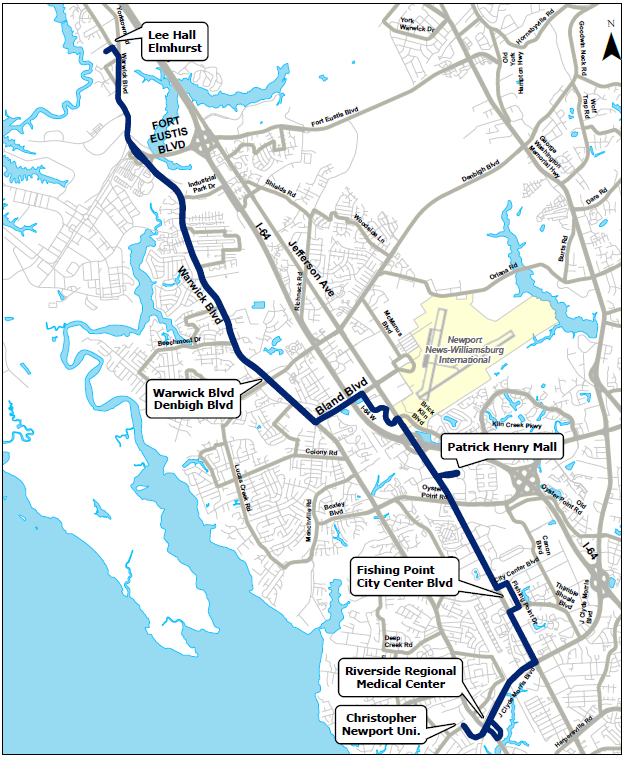 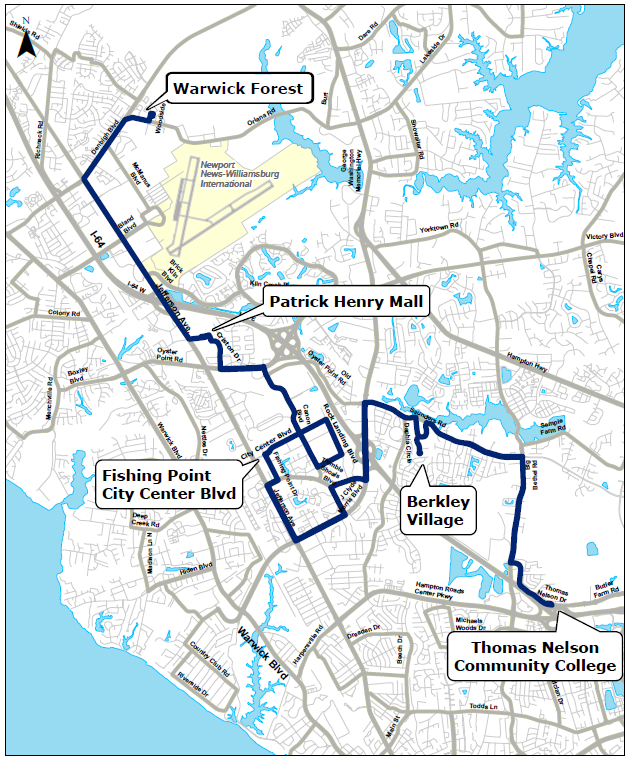 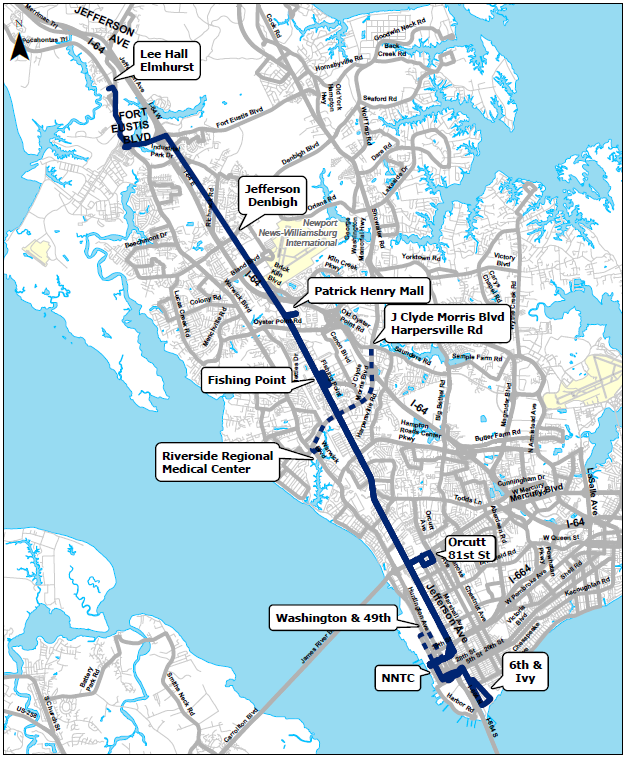 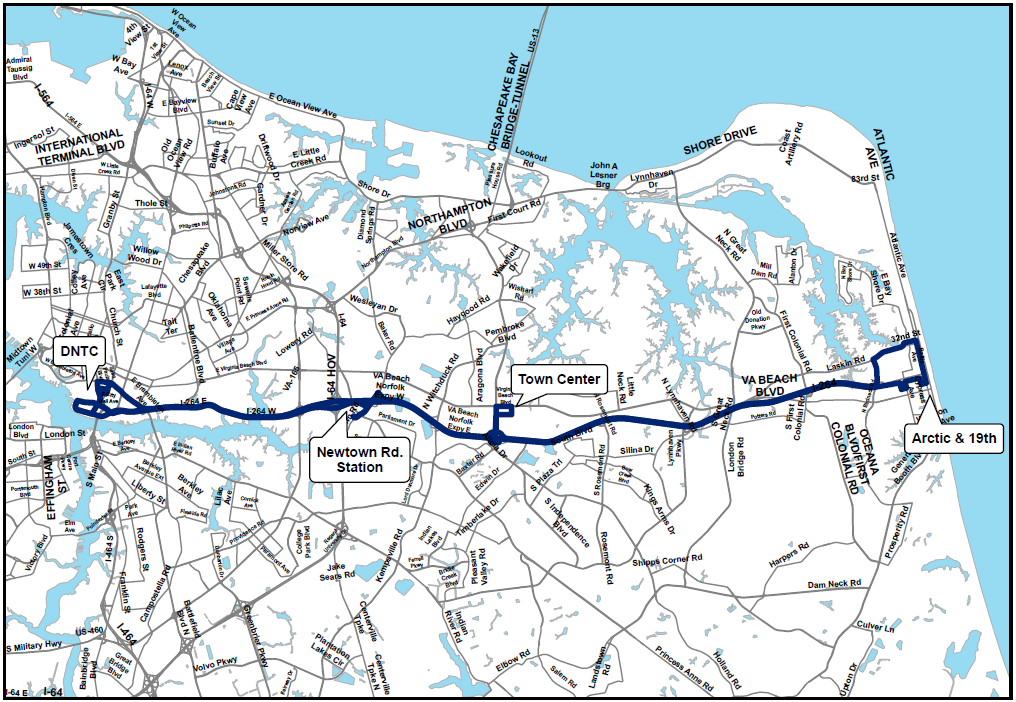 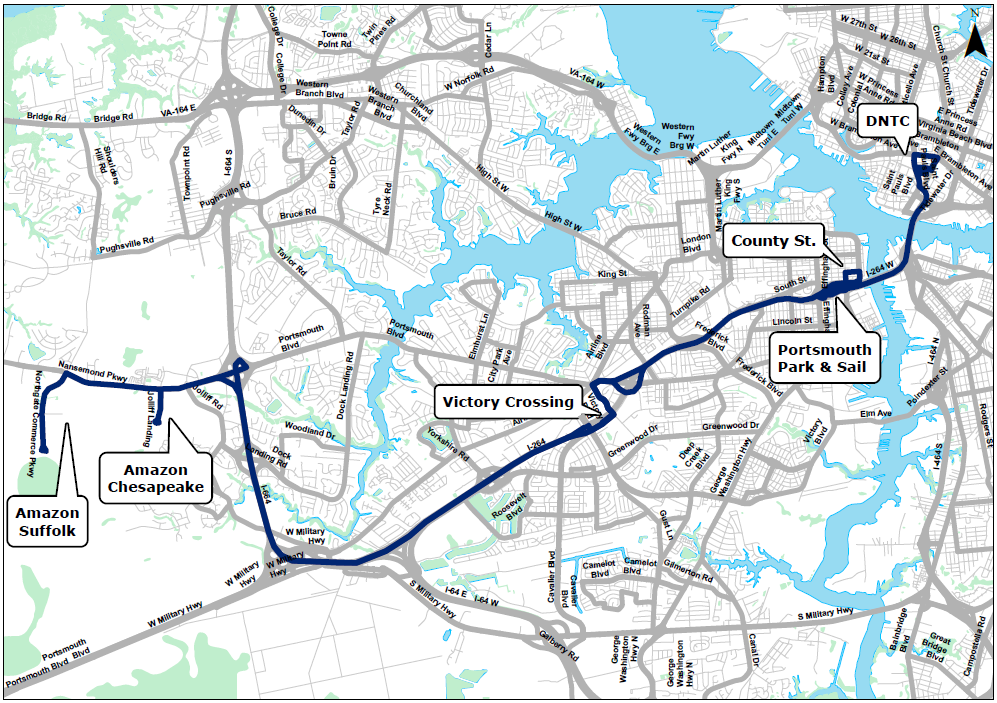 Starting Monday, October 11, 2021, the Hampton VA Medical Center will be closing Martin Luther King Boulevard daily, 3:00PM-6:00PM, to conduct a 90 day traffic study. The Route 117 will detour during this time and will not be able to service stops in Phoebus. If in the affected area, customers must utilize the Route 120 from stop 3811 COUNTY & BOOKER  during this timeframe.

Effective November 14, as part of its conversion to a Limited Stop Commuter Service, the price for the Route 961 will be reduced to regular fare as of November 14, 2021:

With this change multi-day MAX pass users who ride only the 961 (or 960) are advised not to purchase MAX 30-Day after October 13, or 5-Day bundles after November 8, respectively.  Hampton Roads Transit will not exchange or refund any purchases.