In March 2016, Hampton Roads Transit (HRT), in partnership with the cities of Hampton and Newport News, initiated the Peninsula Corridor Study to define potential alignment(s), a preferred transit technology, potential funding and an implementation phasing for high capacity transit on the Peninsula. The study is the first phase in a longer process that will eventually include a draft environmental impact statement and other studies required to compete for needed Federal funding.

This 18-month study will define dedicated transit connections between existing and future activity centers in Hampton and Newport News. It also may connect the Peninsula cities to the Southside through the Virginia Department of Transportation’s (VDOT’s) proposed third harbor crossing — Hampton Roads Crossing Study — in a growing network of high capacity transit for the Hampton Roads region. This regionally significant project is being closely coordinated with elected officials, residents, agency and city staff, and business and community members in each jurisdiction to ensure that the study results accurately reflect the vision and growth for the Peninsula.

The study’s methodology includes extensive public outreach, research, analysis, and four distinct phases of work. With the help of public and stakeholder input, the study team developed the study’s Purpose and Need and then identified fourteen possible high capacity transit corridors (Tier 1 alternatives). Using evaluation criteria based on the purpose and need, the study team then narrowed the field to six Tier 2 corridor alternatives. Detailed and in-depth evaluation of the Tier 2 alternatives is ongoing. Preliminary study findings are anticipated early summer 2017. 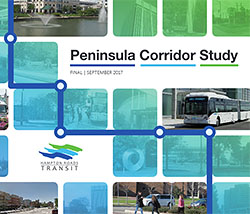 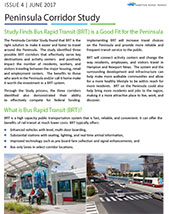