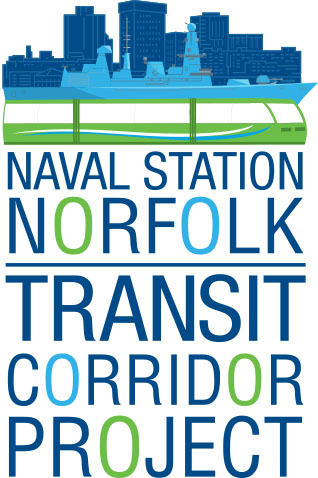 Hampton Roads Transit (HRT), the City of Norfolk, and the Hampton Roads region have identified a need for high capacity transit mobility and connectivity from The Tide light rail system to Naval Station Norfolk.

For details and the latest information, please visit our Project site .

This project will focus on evaluating, and ultimately identifying, a reasonable alternative and fixed guideway mode to implement high capacity transit on the east side of the City that can be advanced as the “Build” Alternative for the DEIS under the National Environmental Policy Act (NEPA). The goal of this work is to ultimately advance this project into the FTA Project Development process under the CIG Program.

The project is called the Naval Station Norfolk Transit Corridor Project. It will identify where high-quality transit can best support the Military Highway Retail Corridor and improve community mobility in the corridor leading to the naval base.

Through the preparation of a Draft Environmental Impact Statement, HRT’s goal is to lay the foundation for an innovative transit plan that will qualify for future federal funding.

“Naval Station Norfolk is the largest employer in Hampton Roads and the largest naval complex in the world with more than 60,000 military personnel, civilians and contractors. The project will help advance the city’s mobility and growth strategies, support regional economic development, the revitalization of Military Highway Corridor, provide mobility options for commuters, and support readiness for Navy civilian and military personnel.”

In addition to exploring high-capacity transit options to the Navy station, the study will identify intermediate destinations such as Military Circle Mall and the Norfolk International Airport, connecting these areas to downtown Norfolk via The Tide light rail.

Public input is integral to the project, and HRT and the project team will be conducting extensive community outreach to ensure the public is informed and to gather valuable feedback. Multiple in-person meetings with the general public and area businesses will be held along the project corridor. Initially, a scientific, public opinion survey will also be conducted among residents and members of business and community organizations.